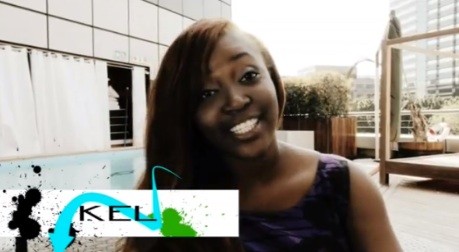 After a breakout year in 2008, the femcee who hails from the Southeastern part of Nigeria established herself as one of Rap’s leading ladies. KEL then put out her debut album “THE INVESTMENT” in 2009 to critical acclaim. However It’s been a minute since we heard something new from Rapper/Soulmate ambassador Kel.

Kel decided to shoot the video of her new song Give it to me featuring W4. I guess she will be releasing the video and the audio at the same time. The video was shot in Johannesburg, South Africa and the finished promo looks set to be released in November.