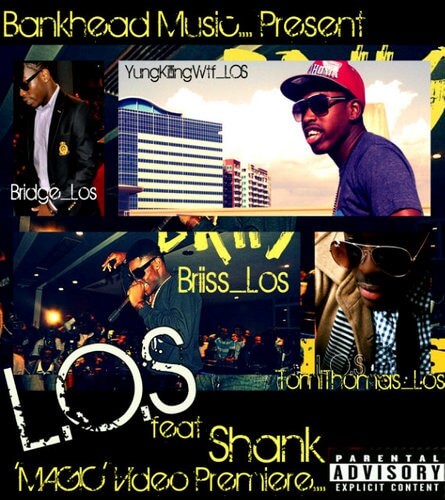 Made up by Bolaji Ladipo (yungkillingwtf – 17), Tomi Thomas (Tomi – 18), Olade Brisbe(Briss – 16) and Winner Forster (Bridge -16), the group L.O.S (which means Loud on Sound) started in High school about 3 years ago but became official a year later.

The group first started with just Yung and Bridge, but after working with individuals Tomi andBriss on a song called “Home with Me”, a decision was taken to make L.O.S stronger by adding the both of them.

Blessed with so much talent, they produce some of their beats and write all their songs in minutes. They are currently working with artists and Producers such as Shank, Dotstar, Chykay, Wizkid, Davido, Chuddy K, Samklef, Qbeats, Adey and so on. Here is the official video of Magic, the single they dropped earlier this year that features shank. Enjoy!