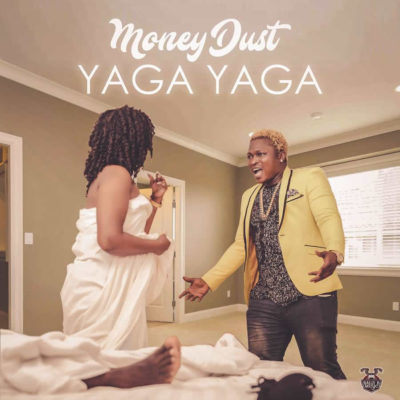 Bally B Music presents Multi talented Afro-Pop song writer, singing sensation and performer whose real names are Joseph Konadu a. K. a – Money Dust, who hails from Suhum in Ghana. He presently resides in Lagos Nigeria he was born on the 26th of November 1991. Money Dust has been inspired by  role models such as music legend 2Face Idibia, Akon and America legend Robert Kelly. With his uniqueness Money Dust is ready to storm the world with his much awaited Leauname production produced single titled “Yaga Yaga”. The video was shot and directed by Clarence Peters, which promises to rock speakers and airwaves across Africa, Europe and beyond. Money Dust is officially signed to Bally B music and he is hopeful to collaborate with great artiste like Wizkid, Tekno, P.Square, Jay z and Akon. Get connected with Money Dust on Twitter, Instagram and Facebook @Officialmoneydust.