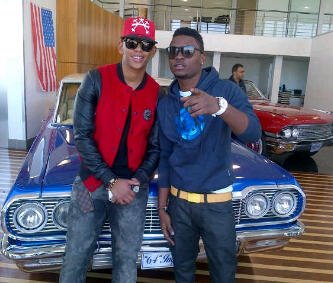 Gift Orji also known as Nivvy G releases the video from his first official Single under a South African Based record label Champagne Musiq much to the excitement of his already sizeable army of Fans. He is a Nigerian Born R&B, Hip Hop Singer and Song Writer. He was born on February 14th 1989 in the city of Port Harcourt, Rivers State, Nigeria. He has worked with several artists and producers including Da Les (Jozi) whom he featured on his new Single titled Rock Ya Body. Video was directed by Bruce Peterson ( Pilot Films )