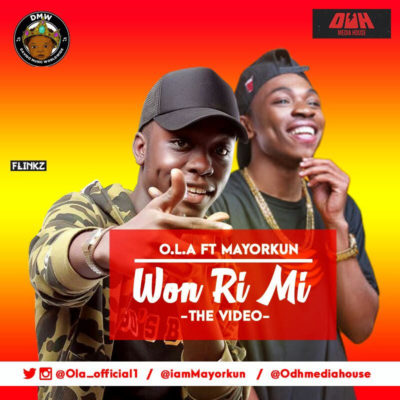 Olaolu Salami aka O.L.A was born on the 3rd of January 2000 and he hails from Ibadan, Oyo state. The raved 16 year old whiz-kid- Olaolu Salami also known as O.L.A returns with his second video – Won Ri Mi; teaming up with one of 2016’s breakout stars – Mayorkun. He believes he is the Nigerian Justin Bieber. This track was produced by M60 and the video was shot by Bryan Dike (Paw Printz Production). The video premiers this Friday on Soundcity, hip tv, prtv and many more.
Follow them on all social media platforms here: @ola_official1, @IamMayorkun and @ODHMediaHouse