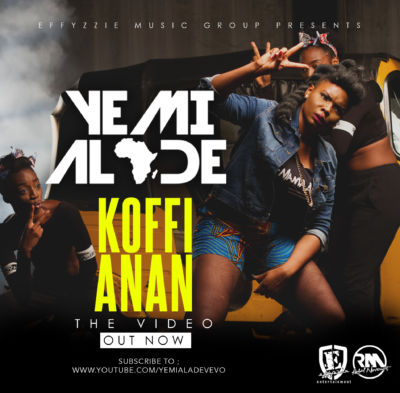 2015 & 2016 BET Awards nominee Yemi Alade premieres the ultimate dance visual as the music video for her afro-pop dance anthem “Koffi Anan”.
The Philkeyz produced track is the bonus of her sophomore album “Mama Africa: The Diary of an African Woman” released under Effyzzie Music Group. Yemi Alade is currently the most viewed African female act of all time, with over 80 million views on YouTube/Vevo to her credit. The energetic clip is directed by prolific cinematographer Paul Gambit.

Watch the dance visual below!