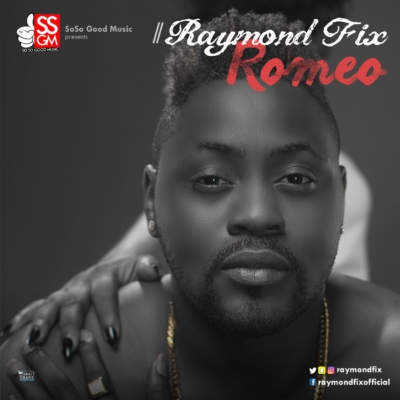 Adegoke Afeez, popularly known as Raymond Fix is no doubt one of the most talented Nigerian singers, songwriters and dancers. He just released a new love song titled ‘Romeo.’

At the tender age of 12, Raymond Fix grew up listening to the likes of Usher, R. Kelly, Craig David, 2face Idibia, Nas and Fat Joe. After a few self-taught lessons in various studios, he began to explore the depths of his music while in secondary school as a member of the now defunct Desert Homies music group.

Raymond Fix is currently signed to SO SO GOOD MUSIC and managed by SQUARE IMAGE ASSOCIATES. He has worked with many award-winning producers such as Fliptyce and Sunny D [So So Good Music’s official producer].