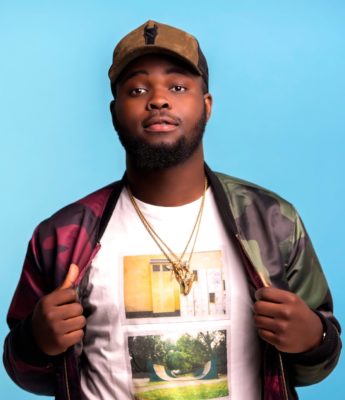 British Nigerian musician RaysMuzik may not yet be at the forefront of the UK Afrobeats music landscape, but he is certainly one of the most exciting new prospects within the burgeoning genre. The London-based artist already has over 2 million streams across YouTube and Soundcloud, and garners support from the likes of BBC 1Xtra, Beat FM London and Rinse FM, among others.

For his new single titled ‘For Me’ and its accompanying visuals, premiered via Complex UK, RaysMuzik links up with fellow fast-rising UK Afrobeats star Sona, whose recent collaboration with Sneakbo, ‘Hurt Nobody’ has 1.5 million views on YouTube, as well as frequent collaborator DJ Sean, after their 2016 collaboration ‘Badda Man’ went on to break the 1-million views milestone on YouTube.

Produced by ATG, who has previously worked with Sneakbo, Afro B and Dr. Vades, ‘For Me’ is a lush dance floor filler, led by a thumping bassline and glorious drum arrangements, over which RaysMuzik’s infectious vocals and assured flow take centre stage. The record is further brought to life by its vibrant visuals, directed by Visionnaire Pictures (Big Narstie, Paigey Cakey, Bridget Kelly).