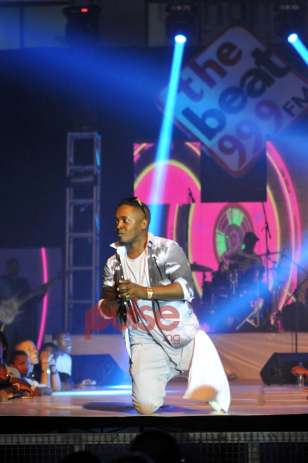 At laaassstttt, M.I’s album will come along… and all those waiting days are over!

M.I Abaga aka Mr Incredible, felt the need to douse the tensioned wait that has brewed in anticipation of his next studio album when he dropped the release date in a most emotional public display at the just concluded Beat FM Triple 9 Concert.

Going down on his knees and tendering an apology to his teeming fans, M.I said “I’m sorry I’ve been away for so long. My new album will be released on October 23, 2014” …And then the crowd went wild, like expected!

So keep October 23 locked down for M.I ‘cos The Chairman will hit stores worldwide.