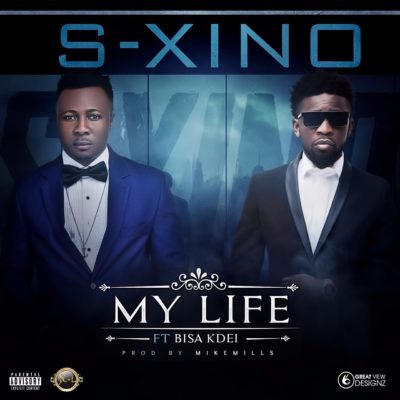 Stanley Osamudiamen .Born..September 8. He is a song-writer,Singer,guitarist and a performing artist with the stage name S-Xino. He was born in Benin city Edo state and raised in Lagos Nigeria where he attended Mount Zion Academy high school Ago palace way Okota Isolo Lagos and later he moved on  to study business administration in Lagos State University (LASU).

He officially kicked off his music career in 2009 when he got his first record deal with a UK based record label ‘ MUM’s Records.

S-xino is a unique vocalist with a versatile style of music especially in his mother tongue which brings a new type of sound to the music world, he is known for Afro pop, RnB and hip-hop.

S-xino signed to JcL entertainment  records in August of 2016. He has released various singles including “True Love, Spiritual and just recently drop this called ” My Life” featuring Bisa Kdei from Ghana and the song is currently enjoying air play on every radio station across Nigeria.
Enjoy!
DOWNLOAD VIDEO
Get audio below