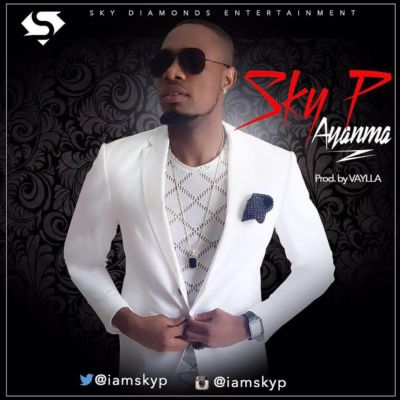 Multitalented artist and CEO of Sky Diamonds entertainment has been on a roll since his debut single. He has proven to be consistent in dropping hits after hits much to the desire of his yearning fans.
Sky P drops this Highlife feel that speaks about the struggles of a young man who made it to grace from nothing. Sky Diamonds Entertainment also hints about the much anticipated release of ARAB MONEY even though a date has not be announced. We hear ARAB MONEY had a high budget video shoot in Dubai which is said to be mind blowing.
In the meantime Sky P drops AYANMA audio, produced by Vaylla, Mixed and Mastered by Biano and video directed by Patrick Elis. Download and Listen to this beautiful highlife song.
Enjoy!