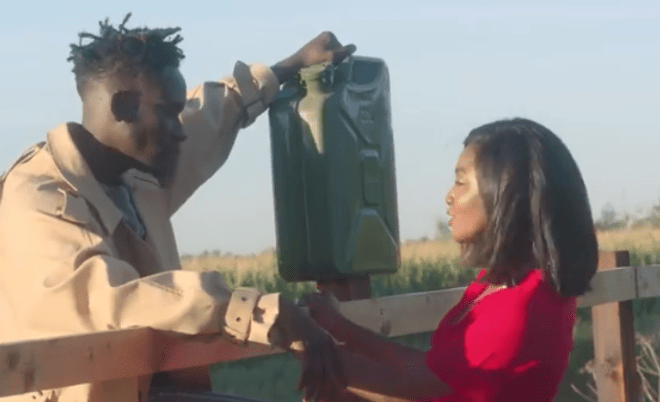 Mr Eazi releases the video snippet for his song “Surrenda” with Simi. Surrenda is on Mr Eazi’s incoming “Lagos To London” album which is set and ready for release on the 9th of November, 2018.

The album “Lagos To London” promises to deliver the best of songs that will please the ears and at the same time entertain you. The album enlists 15 tracks with great features from 2Baba, Burna Boy, Maleek Berry and others.

While awaiting the Incoming album “Lagos To London”, Here is the video snippet for the second track on the album “Surrenda” featuring Simi posted by Mr Eazi via his Twitter handle.

You got 4 days to wait, then #LagostoLondon takes over Africa… and the world ? Here’s a snippet from a track with @SympLySimi called Surrender!

Got @applemusic?! Pre-add it here ?? https://t.co/KO2S273UJy and be the first to listen to the full mixtape. pic.twitter.com/fATo100zPK