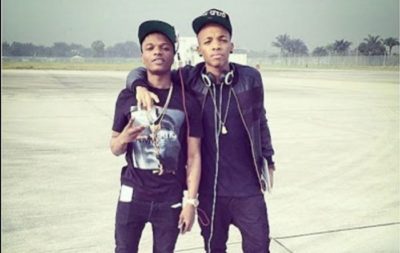 Wizkid and Tekno were surprisingly spotted hanging out recently, at one of the plush places in the city of Lagos. The report is coming as a surprise to a lot of fans who had earlier thought that the two singers were beefing after Wizkid referred to Tekno as “duck face” on Twitter some months back, following Tekno’s interference in Wizkid’s shady Twitter posts directed at Davido.

The video showing Wiz and Tekno cool off surfaced on the internet recently and it has sparked questions as to whether the two singers are back on good terms.

“VIDEO: Wizkid & Tekno Spotted Having Fun Together, Ending Beef Rumours”, 5 out of 5 based on 1 ratings.