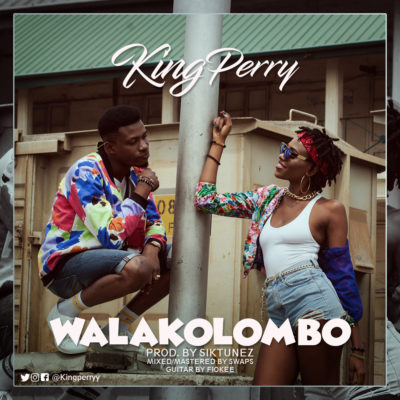 King Perry is an Afro dancehall artiste, he hails from ezeagu local government in Enugu state, Nigeria. The multi talented singer who is due to complete his Bsc degree program in project management at FUTO is not new to the music scene as he has released quite a number of tracks, his first single ‘Number One’ which enjoyed quite a degree of success, a song that put lovers into a frenzy!

He was recently  featured on ERIGGA paper boi’s new song CORPORATE,  which is receiving massive airplay on tv and radio stations across the country.

He is here again with an eighties inspired tune coupled with amazing visuals titled ‘WALAKOLOMBO’ The ruffikonz directed video is guaranteed to leave you stunned because of its fusion of old school and relatable new school culture and romance.

Walakolombo was produced by Siktunez, Guitar played by Fiokee, mixed and mastered by Africa’s leading sound engineer “SWAPS”.
Let’s keep our fingers crossed as we follow this talented young man on his journey.