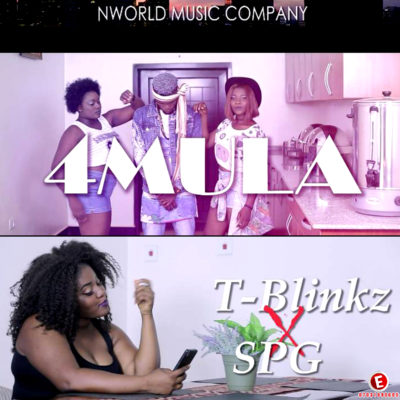 T-Blinkz Mic’Dibia is out with this new one titled 4mula which features SPG.

After a successful hit and massive trend of his single 4mula featuring SPG a.k.a young Alhaji, the chief priest of the east known as T-blinkz Mic’Dibia has finaly released the visual for his hit single 4mula, directed by the undisputed Mac BUKASHOT, with special appearance from Rasman T WADADA from Kingston, Jamiaca, Mr. John Buhagbedoh from U.S.A who is a media practitioner in GERMANY, Scholastica from CONGO and many more.
Get a feel below and enjoy!