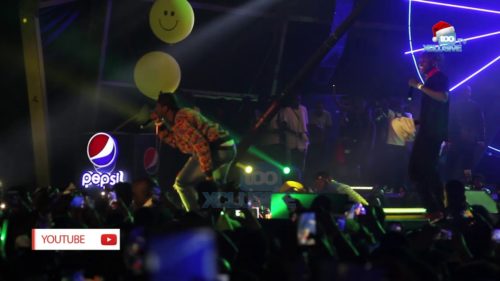 Davido’s “A Good Time” concert had some electric vibes last night at the Eko Atlantic with the “Irregular Speedometer,” Speed Darlington bringing to the crowd his frequency.

He was brought on stage by his friend Zlatan Ibile to have a more sweetened taste of what it is like to party with Nigerians especially Lagosians who are in the “Detty December” mood and he felt the vibe from the crowd who were happy to have him as he performed his hit single “Denderereng.”