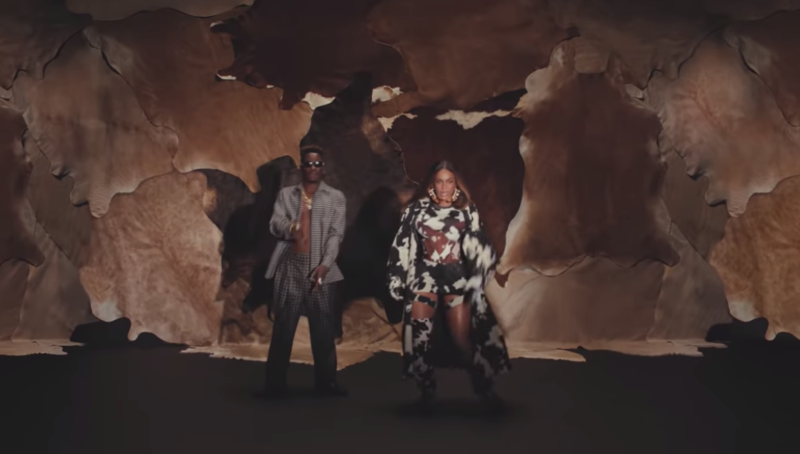 Ahead of her ‘Black Is King’ movie premiering August 1st Beyonce drops a vibrant video for the Track Already. The record is off her 2019 music project, The Lion King; The Gift album.

According to Picthfork ‘Beyoncé has released her new visual album Black Is King, via Disney+. The project is written, directed, and executive produced by Beyoncé, and features appearances by JAY-Z, Kelly Rowland, Naomi Campbell, Tina Knowles-Lawson, Lupita Nyong’o, and more, in addition to Bey herself. Black Is King is based on the music of The Lion King: The Gift—the companion album Beyoncé made for Disney’s “live-action” CGI remake of the classic movie. (Beyoncé voiced adult Nala in the film.) Watch Black Is King at Disney+. (Pitchfork earns a commission from purchases made through affiliate links on our site.)

In the film, dance sequences, Lion King samples, and footage of Black families around the world are interspersed with sequences in which Beyoncé traverses a beach, reciting details of a generations-spanning spiritual journey. According to a press release, Black Is King “reimagines the lessons of The Lion King for today’s young kings and queens in search of their own crowns” and is “a celebratory memoir for the world on the Black experience.” It was filmed across locations in New York, Los Angeles, South Africa, West Africa, London, and Belgium.

This music vide is from Black Is King, a visual album by Beyoncé, Queen Be went Vibrant on this gave us the African style, dressing, moves and dance steps (Zanku and so on)… Watch and Enjoy below

Shatta Wale – “Too Much Money”