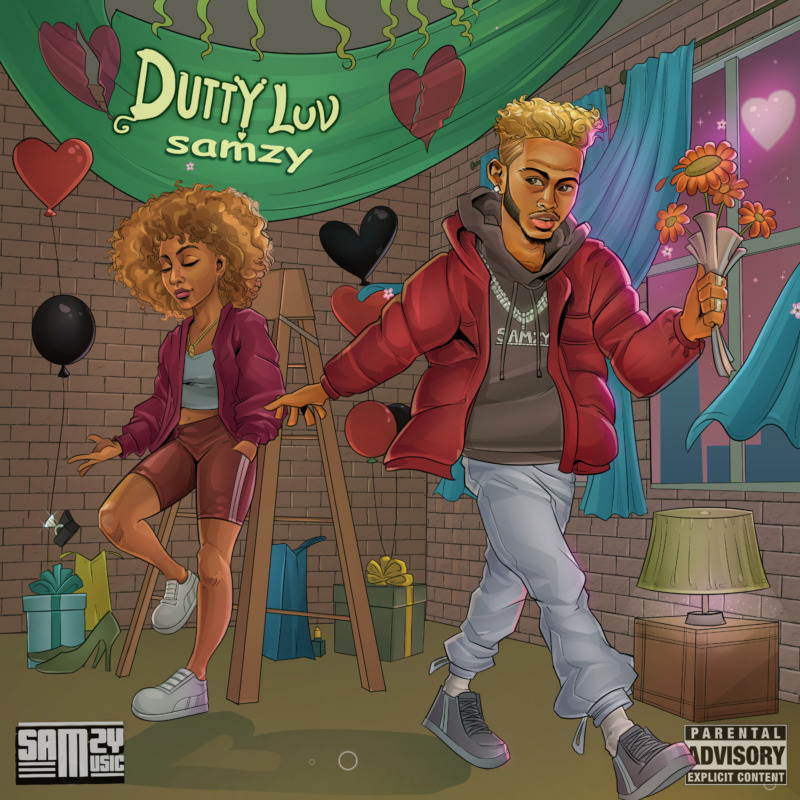 ‘Red Dots’, his startling 2020 collaboration with Rema, established Samzy as an artiste to watch out for going forward after belatedly making his independent debut in 2019. Atop a sultry trap beat, the duo dissected the trapping of fame, money, and youthfulness, providing a long-winded gaze into their perspectives. Samzy is making a return of sorts to that musical wheelhouse for his latest single, ‘Dutty Luv’.

The lead single off his just-released debut extended play, Trendsetter, ‘Dutty Luv’ is a textured declaration of devotion to his love interest.

‘Dutty Luv’ gets a similarly detailed video as Samzy and his muse take their love across their city without a care in the world, holding hands and showing PDA from location to location before closing out with shots of them enjoying themselves in all these places.

Shot by the prolific Director Patrick Elis on location in California, the ‘Dutty Luv’ video is a low-flicking depiction of Samzy’s emotive song, allowing him to document the sort of love that his lyricism conjured via a fictional medium.

Watch the music visuals below

After a successful release of his debut single "Chains" in November 2019, Nigerian-American artiste Samzy kick-starts 2020 with what is...

Nigerian/American artist and songwriter, Samuel Osamudiamen, aka Samzy, who recently completed his First degree in the United States of America,...