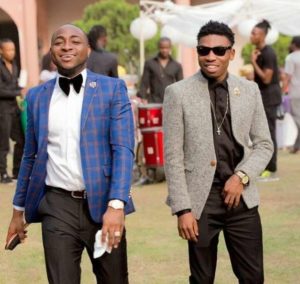 According to an online report, Mayorkun’s recently held Ibadan concert was marred with cases of violence and reckless sex incidents.

The report has it that a journalist was severely beaten by one of the security detail of Mayorkun’s label boss, Davido. The said journalist was rushed to the University College Hospital (UCH), where he was revived, according to the report. The cause of the assault on the journalist was said to be because he approached Davido for an interview.

However, before the journalist who was said to wear an evident access tag could meet up with Davido, he was taken down by the singer’s bodyguard  and he lost consciousness in the process. He was allegedly left with a swollen face and his equipment damaged.

The source also claimed that people had reckless sex, while the concert was going on.

These reports are still wild rumors circulating online, they are yet to be validated. It is expected that the DMW camp would make a statement to address this story.