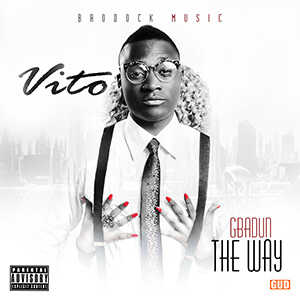 After a lavish affair for the video premiere of “Ogbu” which became a fans favorite on airwaves and mainstream television, the fast rising Brodock Music Group (BMG) signed recording artiste ‘Vito’popularly known for his W4-assisted hit single ‘Sofa’ unwraps a new single titled “Gbadun The Way”.

Vito not disappointing us this time makes a come back with this new piece and sure to sweep you off your feet as he also reveals plans to release a video of this new single within the next two weeks which also promises to be the topping on the cake with guest appearances by this year’s Channel OMusic Video Awards with co-Host A.K.A of South Africa, South African rap sensation “Da LES”, internationally acclaimed “DJ Waxxy” and multiple Channel O award winning artiste “Buffalo Souljah”.Produced by Woye Sounds, mixed and mastered by the popular Indomix, Vito presents to you“Gbadun The Way”.