More so, the enchanting device is one of vivo’s to ever get the latest Android 11 operating system, making the phone further appealing to the fast-pacing mobile market. In this vivo V20 review, we will be taking a closer look at all the specs as well as performance rate of the flagship device.

What’s in the box? Having unwrapped the seal and unboxed the phone pack, the device comes alongside other accessories including the following; 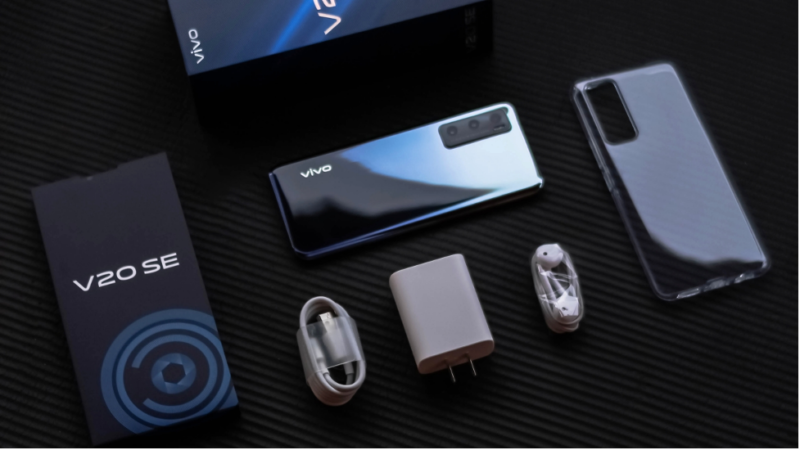 Of course that’s not enough to quench your thirst to know more about the device. The foregoing part of the vivo V20 review will outline major highlights of the device.

The 8th generation vivo V20 device boast of an appealing sleek design, thanks to the device’s AG glass technology that measures approximately 7.3mm. On top of that, the device weighs about 171 grams, something that’s hard to come by among other devices within its range.

If you are like me, you most likely prefer the device in a sunset melody (blue) color, however, that’s just one of three color variants to choose from.Looking beyond the aesthetic to other notable hardware features on the device; you do come across a slightly bumpy triple camera setup at the rear of the device.

For me, the camera arrangement is quite unlike the regular ones, especially with the main primary camera twice as big as the other secondary cameras.More so, the hash-like plate beneath the camera, hiding the flash light, gives the rear view of the device a more appealing aesthetics.

Other than that, vivo made use of a polycarbonate frame at the edges of the device, while retaining an actual for the back of the device.Coming down to the physical keys on the device, vivo fitted metallic buttons with the power button more textural for the finger to identify even with the eyes closed.

Beneath the device, the vivo V20 retained the previous setup found on the likes of V19 for instance.There is a speaker grill; Type-C charging port; a mouth piece; and a 3.5mm audio jack aligned symmetrically at the bottom of the device. 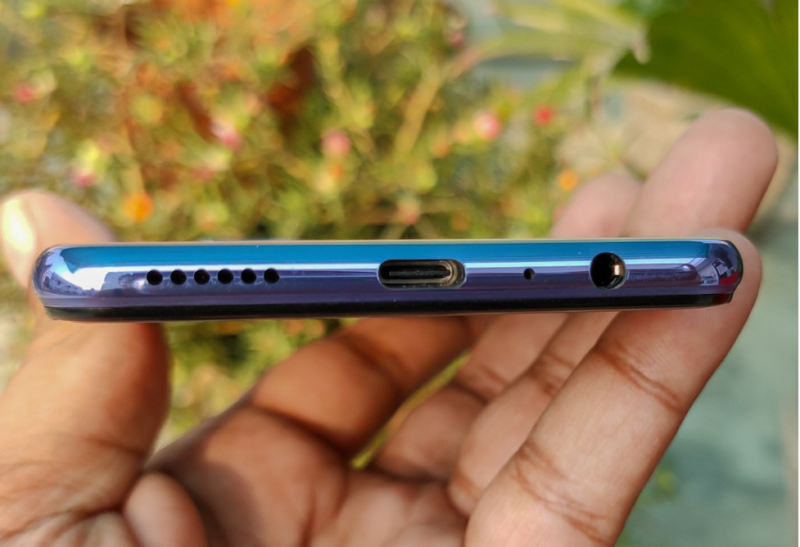 Unlike with earlier V-series; missing at the rear of the device is the fingerprint sensor which is now planted “in-display.”

Before I digress into other functionalities of the device, the vivo V20’s AMOLED display is quite an interesting one. 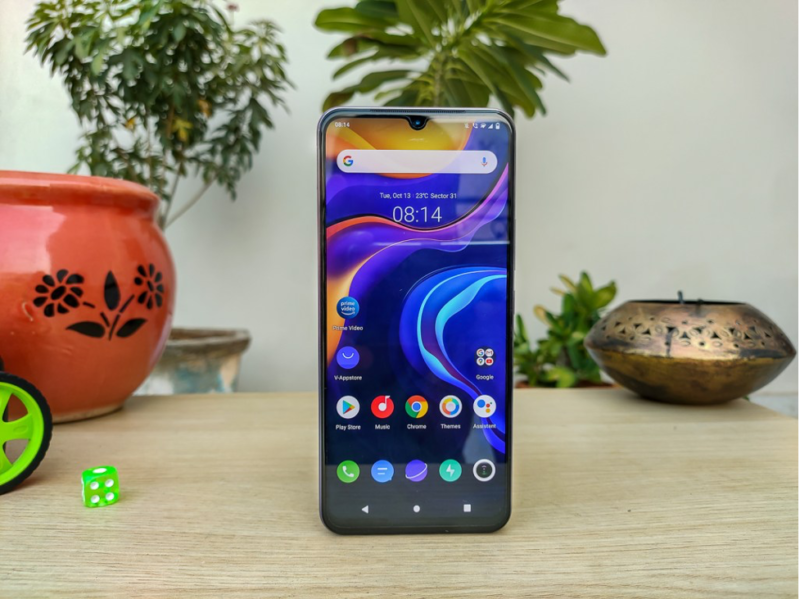 More notably is the display high contrast characteristic which applies more clarity to screen activities such as text, images and of course motion pictures. Interestingly, the device comes with the regular 60Hz Screen Refresh Rate (SRR) which is considered average when comparing with device with max 120Hz SRR.

Regardless, UI transitions and animations are quite snappy, most likely peculiar to the device’s enhanced performance which will be discussed much later.Also on the display, the device features a whitish and bluish color temperature by default, although this can be adjusted, especially if you are the type that prefers a tad oversaturated, punch color.

Otherwise, a user can as well go for something more accurate such as the professional sRGB color temperature which has more whitish element.

Yes! This is the most anticipated part of this review, considering that the v20 has been mostly hyped for its sophisticated camera setup.And of course the more peculiar 44MP selfie camera which vivo has previously dubbed as a “superior selfie camera” is something we can’t but look critically.

Being a descendant of vivo’s camera-centric smartphone collection, the 8th generation of the V-series phone lineup boast of a great deal of camera attributes.

The V20 comes with a triple rear camera setup consisting of 64MP f/1.89 +8MP f/2.2 (Super Wide-Angle/Super Macro/Bokeh) + 2MP f/2.4 (Mono).On the other side of the device, there is seated a 44MP front camera which is considered as a top selling point or the device.Starting with the 44MP rear camera; below are a series of pictures taken with the vivo V20 selfie camera.

Furthermore, the V20’s Auto Focus (AF) feature works wonders as it is quick to lock focus on an object, and the fact that it is consistent with metering even makes the feature much handier.On the other hand, the rear camera output isn’t bad either as pictures taken came out bright and natural; below are extracted shots from the camera roll.

As seen above, images taken either indoors or outdoors, looks spectacular, and to a great extent meets up to the hype from the company.Regardless, looking inward, it was discovered that the V20 camera lacked the gimbal camera hardware as spotted on the X50 series, however, the image processing software isn’t absent.

Portrait Pictures on the V20 device also came out pretty nice, giving that the AF played a significant and of course notable role.Here, subject edges are easy to spot and blurred out to give more details to the main focus of the image.

There are other camera functionalities such as wide-angle camera that can be accessed in the lens options alongside Bokeh shots among others.Believe it, there are a whole lot of filters, beautification options, and modes to explore on the V20 device, a deliberate attempt by vivo to make sure that the device is a top-choice for creators.Overall, the V20 camera might not be the best out there, however, it beats majority of rivals that are within the same budget gap.

The V20 device operates on the latest Android 11-based Funtouch 11 built on a Qualcomm Snapdragon 720G Octa-core platform (chipset) released earlier in the year.

Paired with an 8GB RAM and up to 250GB storage space, the V20 device exhibits a performance similar to those devices with Snapdragon 730G.

What this implies is that, the device is capable of running through an entire day when handling normal task and even tedious ones like playing 4K games, or editing.

Talking about tedious task, the device’s performance slows down when you load a 4K game for instance, or perhaps say you are rendering videos with third-party apps.

While that’s not exactly a setback, especially when comparing with highly-priced devices, the V20 device is still a deal breaker over several rivals in its league.

About the device software; So what’s special about the Funtouch 11? You may like to ask.

To begin with, Funtouch OS is peculiar with vivo device, and F11 is the latest to debut on a vivo device yet.

The notable impact of the F11 is with the interface of the device which is now more refined than ever. 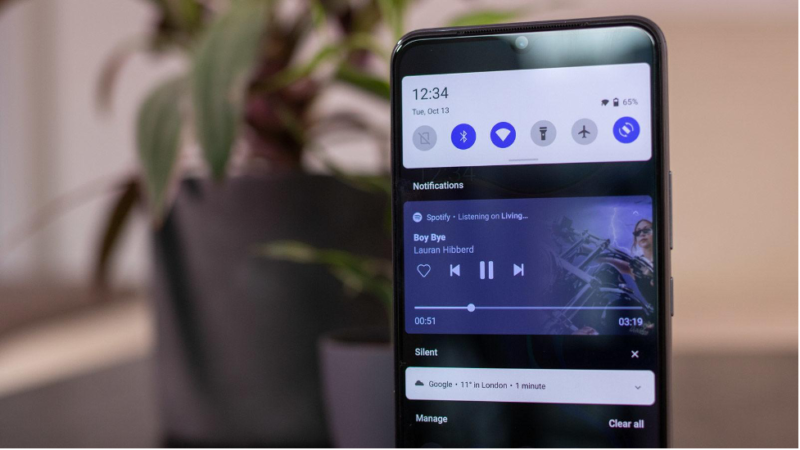 In the latest development, vivo has adopted more replicate layout from the earliest Android 11 features including the smart home dashboard engraved in the power menu.

Other options like pinning apps in the share menu; notification history, among others have also been added.

On the other hand, vivo is still stuck with its own custom dialer where most devices with the same Android 11 have adopted the Google dialer instead.

Overall, the vivo V20 software is of top standard and can even match some top-tier device outside its budget range.

With an overwhelming performance threshold, one would expect that the vivo V20 will come packed with a bigger capacitated battery than a Li-Po 4,000 mAh.

However, that may seize to be a setback given that the device is capacitated with a 33W flash charge 2.0, implying that users can power it up from 0 to 100 in no time. 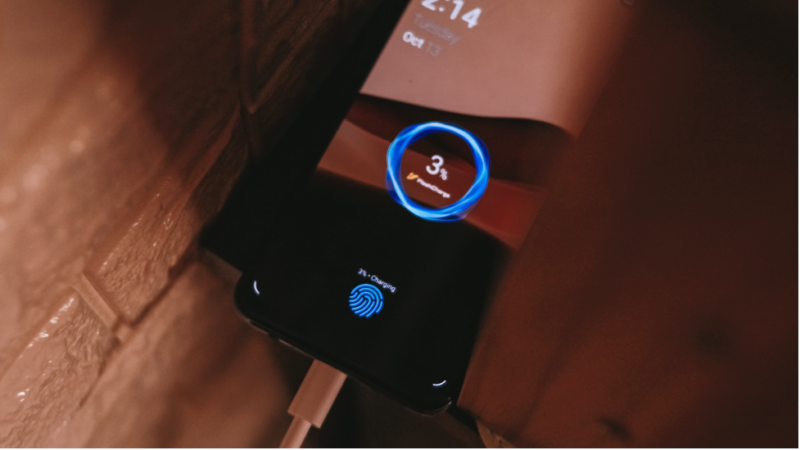 During trial, the V20 flat battery was powered up to 100 percent in fewer than 1.5 hours.

More so, after a series of trial, the battery longevity turned out to last longer than envisaged as it can last for about 14- hours under active usage.

The battery longevity can, however, be attributed to some optimization that was made on the latest Android 11, coupled with a stricter RAM management by the latest Funtouch 11.

Interested buyers can look up e-commerce platforms such as Jumia or Konga or perhaps visit any accredited retail outlet around you.

Whether or whether not to buy the vivo V2o is mostly dependent on your choice of spec, however, if you are here for the advice;

Do you find this review helpful? Kindly drop your opinion or question in the comment section below.

About vivo
vivo is a leading, product-driven, global technology company, with its core business focusing on smart devices and intelligent services. vivo is committed to connecting users around the globe, through design of exciting and innovative smartphones and companion devices, as well as services which integrate technology and design thinking in unique and creative ways. Following the company core values, which include innovation, consumer orientation and benfen*, vivo has implemented a sustainable development strategy, with the vision of becoming a leading, long-lasting, world-class enterprise.

With headquarters in China, supported by a network of 9 R&D centers in Shenzhen, Dongguan, Nanjing, Beijing, Hangzhou, Shanghai, Taipei, Tokyo and San Diego, vivo is focusing on the development of state-of-the-art consumer technologies, including 5G, artificial intelligence, industrial design, photography and other up-and-coming technologies. vivo has also set-up five production hubs (including brand authorized manufacturing center), across China, South- and Southeast Asia, manufacturing over 200 million smartphones each year. As of 2019, vivo has branched out its sales network across more than 30 countries and regions, and is loved by more than 350 million users worldwide.