Previous: Tiwa Savage, Wizkid, Maleek Berry To Perform At Made In America Festival 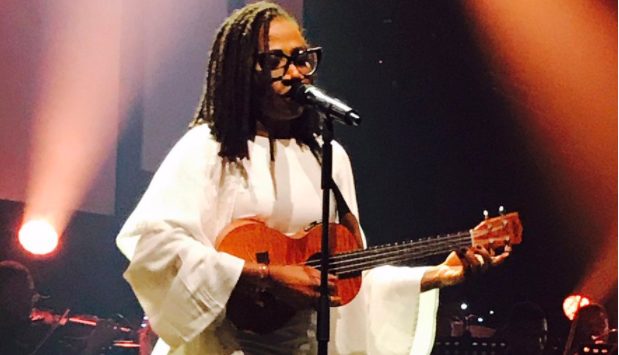 Multi-talented artiste, Asa, during her just concluded show revealed she had to wait 10 hours to get her first audition with a popular band in France.

This was made known by the brilliant songwriter at her Asa Encore concert which took place on Saturday night at EKO Hotel & Suites, Lagos.

“When I first go to France, I used to sing and play my guitar at bars. One day, someone walked up to me and told me about a band that had just won a Grammy saying I could audition,” she said.

“So I went there, got there on time (that is a problem for me) in the cold. I had just come from Lagos without warm clothes.

“I got there and they told me to wait that they were rehearsing for their show and I waited 10 hours.

“I was hungry, mad and was asking myself what are you doing here, why don’t you just leave. They had finished and they were packing up and someone remembered that I was outside.

“I was invited to sing and I put all that emotion, all the sadness, pain and anger in the song. On the day of their show, they gave me two minutes to perform, I got signed and my first album was released.

“If I had left that day, I don’t know what would have happened.”