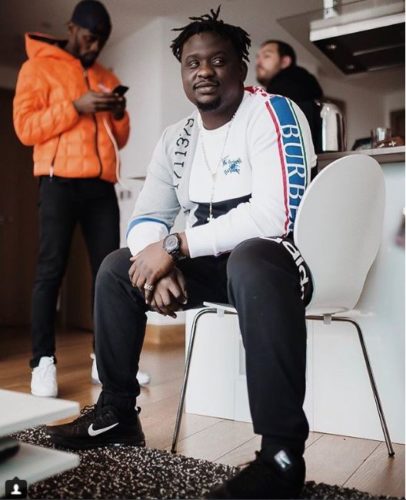 Black Diamond popularly known as Wande Coal is a talented singer with AfroPop, Afrobeat and R&B genre of music. He got signed to Mo’Hits by Don Jazzy and D’Banj in the year 2006 but made his appearance in 2007 on Mo’Hits CV (Curriculum Vitae) album. His first single ‘Ololufe’ which is one of the best love songs till date was released in 2008 and it was that same year Wande Coal had his breakthrough and fame with the release of his Mushin 2 Mo’Hits album which served us hits like Bumper to Bumper, Taboo, ‘You Bad’, ‘Jehovah’, ‘Ololufe’ amongst others and broke out of Africa to the US and UK.

Wande Coal looks back from 2008 – 2018 to count 10 years of serving his fans, he as decided to make History by thrilling his fans especially those in the UK , with a music concert; ‘Wande Coal Life In Concert‘ to celebrate 10 years of greatness. Wande Coal made this announcement via his Instagram account that he will be staging Wande Coal Live In Concert in Indigo at The O2, London in UK on the (11/11/18) 11th November, 2018.

Wande Coal will be taking his fans through his journey from his first single ‘Ololufe‘ back in 2008 to his last and recent single; ‘So Mi So‘ 2018 at the Indigo at The O2, London, to make History of 10 years. 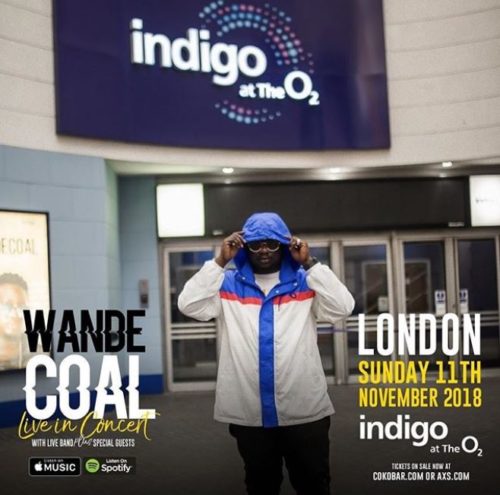 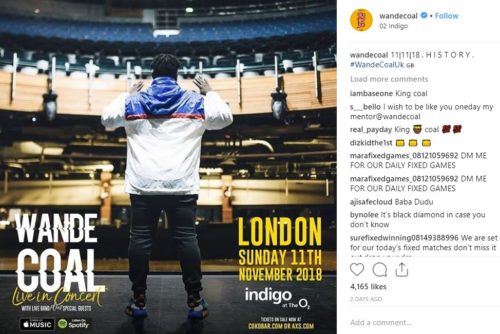