Details Of The War Between P-Square & Soundcity TV 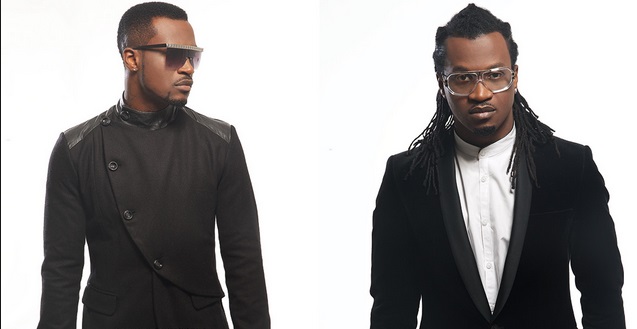 Peter Okoye of Africa’s leading duo P-Square set social media on fire when he replied a fan’s tweet on Twitter concerning the absence of their content on the television channel Soundcity Tv.

Soundcity TV quickly reacted to Peter Okoye’s tweet by posting a message on their official website. Check the tweets and statement from Soundcity TV below;

The tweet conversation between Peter Okoye and a fan

Soundcity TV responded by posting an official statement on their website, check it below;

For 10 Years, @SoundcityTV has been a huge supporter of #PSquare and the #PSquare brand, right from their 1st music video to the last video released in 2014. Most of their videos got massive airplay on @SoundcityTV than any other music channel.

@SoundcityTV viewers sometimes complain about the dominance of #PSquare videos on the channel & charts. We were a huge supporter and gave everything to their works.

We have assisted the #PSquare brand, toured with them over Africa at our expense. Gave them ad-spots for their events / projects. Gave them prime time slots for their videos and included them in our array of Programmes / programming.

We invited #PSquare to one of our annual events last December 2014 and they insisted we pay a certain amount of money. We reasonably asked, what is the least we can offer?; this was us foregoing the fact that we had invested a lot in #PSquare’s career as music talents / artistes & entertainers.

While we understand that this is business, there is also room for special consideration. Saying our TV brand has never done anything for #PSquare was quite damning. Clearly, there was no need to argue with their decision and reasoning. We decided to stop ‘doing anything’ with/for #PSquare, since our 10years of supporting the group meant nothing to them. We assumed our relationship was a mutually beneficial one, but clearly one-sided.

Overall, we wish the duo the best in their endeavours. @SoundcityTV will keep airing works of the best and upcoming Nigerian artistes, and also, the best #African artistes to the world, especially nurturing their talents from inception till they become huge megastars and international superstars.

Please share your thoughts on the fued between P-Square and Soundcity TV by dropping a comment below.