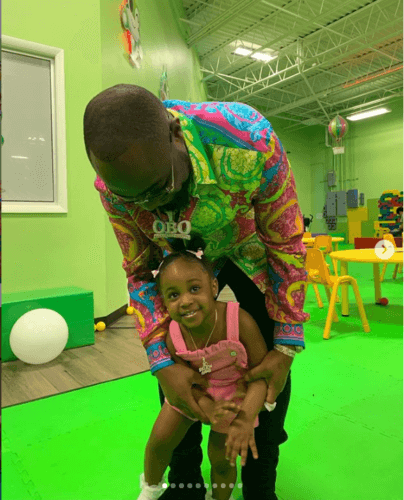 Davido’s 2nd daughter; Hailey Veronica Adeleke’s 2nd birthday was last week but the party was thrown yesterday in Atlanta, US.

The images from the party have serenaded the internet already this morning with people catching glimpses of the  amusement that happened in the party as well as drop comments regarding what they have seen.

In one of the beautiful moments in the party, Davido dressed as a shark to have his daughter who loves a shark cartoon fulfilled for the night. He also had some of his 30 billion gang members disguise as sharks too.

“Watch Davido Dress As A Shark For His Daughter’s Birthday Party In America”, 5 out of 5 based on 1 ratings.