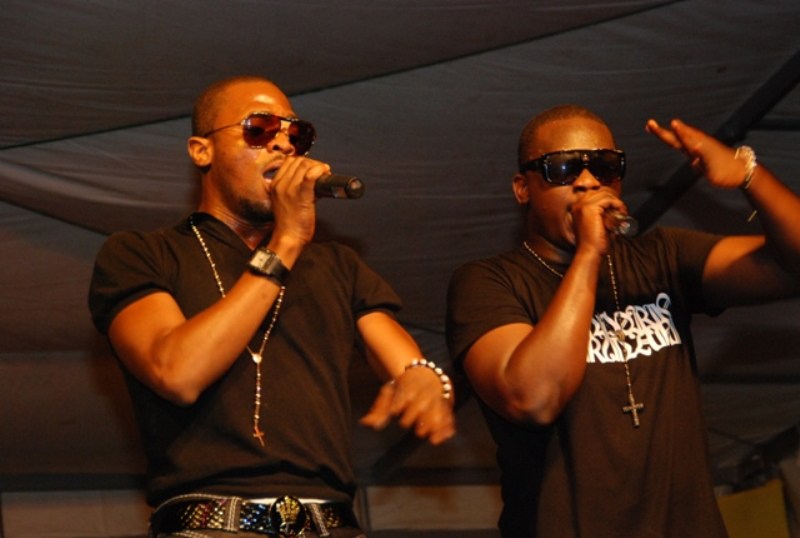 Following their split from defunct group, Mo’Hits, D’banj and Wande Coal , had fans screaming in excitement as they took to the stage for the first time since the split to perform together.

The magic happened at Tee A’s 20th anniversary which took place at Intercontinental Hotel on Sunday, with the duo performing hits from the Mo’hits 2007 compilation album “Curriculum Vitae”.

Back in 2012, D’banj, who had a falling out with partner, Don Jazzy, left the label to pitch his tent with Kanye West’s G.O.O.D Music.

Wande, on the other hand, remained loyal to Don Jazzy, signing under his new label MAVINS alongside Tiwa Savage, Dr. Sid and D’prince before leaving in 2013. His sophomore album “Wanted”  was released in 2015 under his own label, Black Diamond Entertainment.