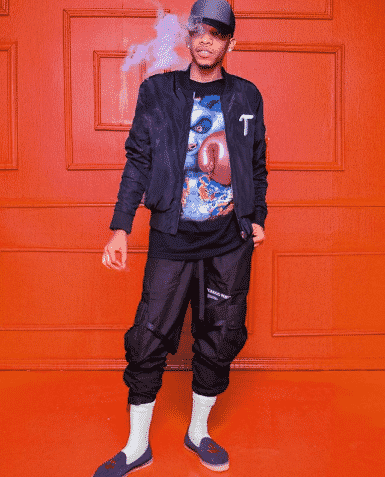 Tekno is currently in some really elating mood as he is enjoying the melody and groove that encapsulates his newly released song, “Skeletun.“

The singer in a video that is gradually circulating online is seen showing some dancing skills reminiscent to the late Michael Jackson. Tekno’s awesome dancing skills is not hidden to many as he has shown severally in the past in some of his music videos. However, it’s been a long time since fans saw Tekno show some of those his sleek dancing skills on social media and he thought to feed their eyes with some pleasure as he shows off his dancing skills in this eye-catching video.

The singer in this video is seen making some urban-dance skills to his newly released tune; “Skeletun.”

Watch and enjoy video below:

This Tekno’s dance, before God and man, I don’t understand it. E dey dance like person wey get WARAKPA. Like Iwin…. ?????? #FidoDido ?: @teknoofficial