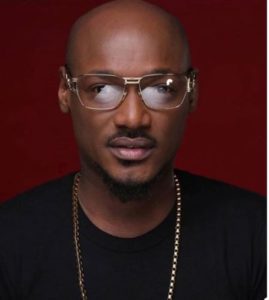 It is being widely believed that there is no greater love than the love a parent has for their child and legendary singer, 2face Idibia has further cemented that believe into the hearts of many after flying many hours over to the United States of America to Surprise his first daughter on her 13th birthday.

On the 27th of April, 2019 2face posted a picture of the “young woman,” wishing her a happy birthday and sending his blessings over to her. He expressed his lover her and hope that she found great love on her birthday. But little did anyone know that the “African Queen” crooner had a surprise mission already planned some where in his heart.

The singer like a perfect master planner stunned the beautiful Ehi with a surprise birthday visit and it was a beautiful sight to behold.

Awwwwww… 2baba surprised his daughter in the US on her 13th birthday ?

Ehi is 2face’s first daughter, and she was bore to him by US business woman, Pero Adeniyi in 2006.