Previous: Naira Marley Set to Shut Down Lagos With Massive Concert In December
By Taiwo Oluwafemi | Nov 12, 2019 | 21:45 - Leave A Comment 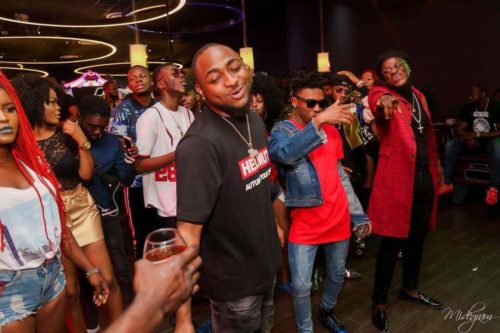 Davido’s good heart not only spreads to the closest people to him but also the farthest ones who show loyalty and love for his person and craft.

The superstar was in Turkey for the first time a couple of days ago for a concert and there again his love for loyalty was very expressive. A certain fan during his concert risked it all to get to touch him while he was performing and this got the bouncers really upset as they got aggressive with the guy trying to throw him back into the crowd.

Davido however was not pleased with this move by the bouncers and he quickly dashed to the scene and urged the bouncers to let the fan be. he brought the fan on stage and performed with him his latest banging single; “Risky.”

A Fan Actually Ran Up On Stage To Meet The Baddest At His Just Concluded Show In Turkey ????!! ??

“Watch The Moment Davido Prevented A bouncer From Harassing A Fan At His Show In Turkey”, 5 out of 5 based on 4 ratings.