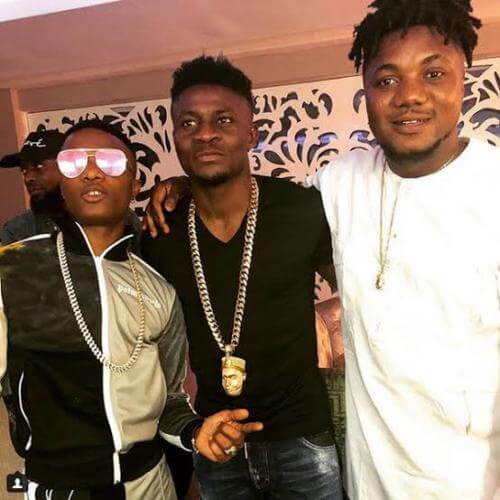 It was a case of unity, harmony and enjoyment between a Nigerian football superstar and two Nigerian music superstars at a Lagos night club on Sunday as the three were seen partying together.

Wizkid who just came into the country after touring North America and vacationing in the United Kingdom had a nice time with Obagoal and CDQ as they were seen vibing and dancing to the jams that emmited from the speakers.

This won’t be the first time these three will be seen partying together as they were once seen balling at a private beach in Lagos in December 2018.

“Watch Wizkid, CDQ & Obafemi Martins Party Hard In Lagos Night Club”, 5 out of 5 based on 1 ratings.