Superstar and champion of the streets, Olamide Adedeji aka Baddo Sneh, is indeed repping the wavy level.

Right after the release of his latest music single to which he just unlocked the Moe Musa directed visuals for, Sterling Bank has revealed the Pepper Dem Gang crooner as one of the ambassadors signed to their #STEM platform. 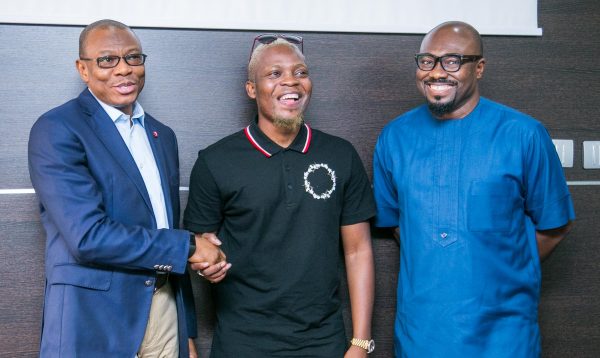 An excited Olamide further confirmed the brewing speculation by sharing a group pic with top officials of the bank on his gram account, having the caption:

Olamide makes a breaking record as the next celebrity in music (after Ice Prince) to be officially endorsed by a bank. However, he is the first on the Sterling Bank platform.