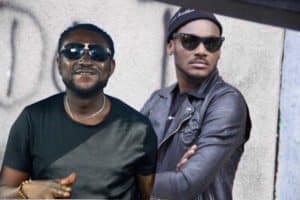 Former, Plantashun Boiz band member, Blackface has reacted to the N50 Million lawsuit slammed against him by his former band mate, 2Baba.

Recall that 2Baba and his manager, Efe Omoregie slammed a N50 million lawsuit against Blackface. The lawsuit was for defamation of character following Blackface’s claim that 2face stole his compositions, “African Queen” and “Let Somebody Love You.”

Blackface confirmed the lawsuit in a Whatsapp call to an online source. He also stated that he’s prepared to meet 2face in court. He said, “My lawyers are taking care of the legal action. Maybe you will be in court to follow up the proceedings, if the case gets to that level because that’s where we are going right now.”