What Do You Think About “Justin Bieber” On ‘Essence’, Was The Remix Necessary? 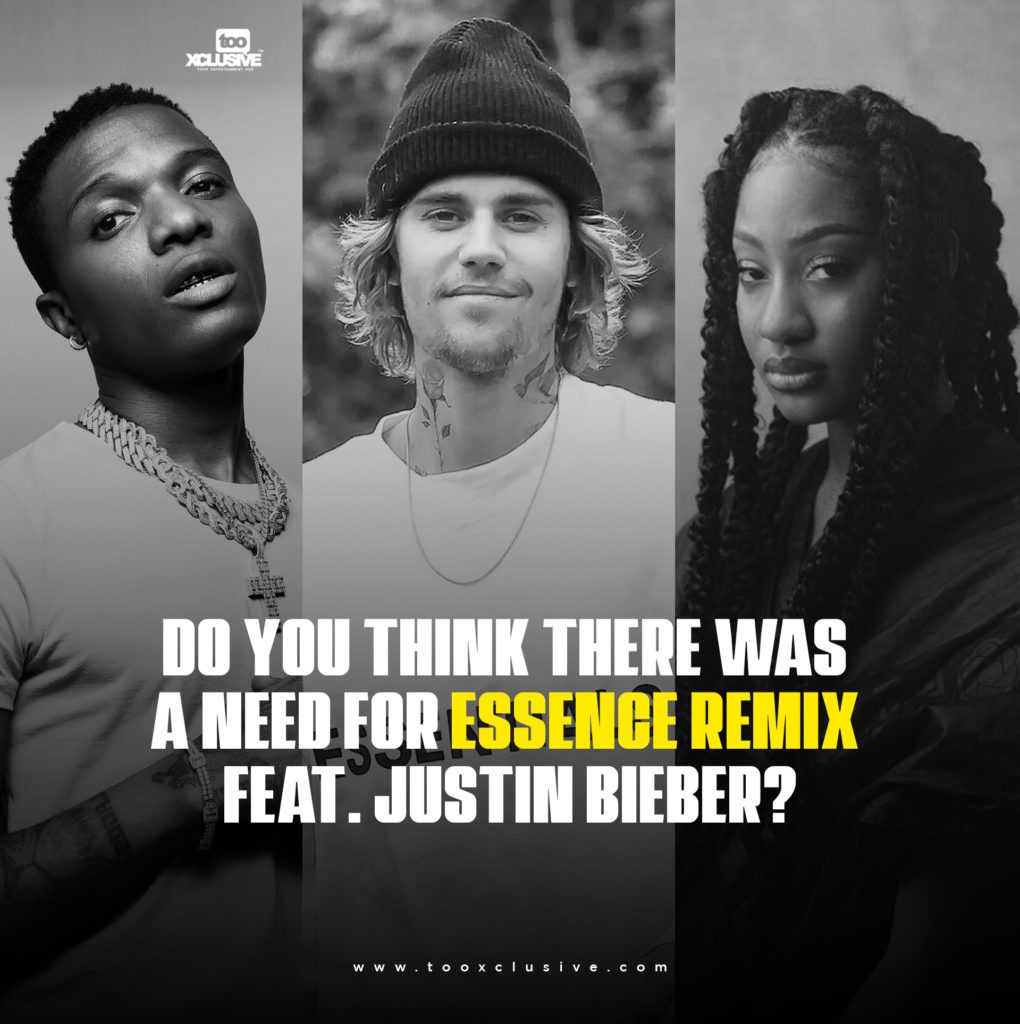 In Tems word and voice; ‘You don’t need no other body…’

Thursday 12 August, 2021, Wizkid announced that he has something special for Wizkid FC and music fans. On the 13th of August, he dropped Essence Remix featuring Canadian singer/ popstar Justin Bieber.

At first many were excited about the Justin Bieber feature (with Billboard view) but after listening to Essence Remix, some music fans left the excitement group and concluded that truly Wizkid ‘need no other body‘ on his buzzing Summer Jam.

This has brought us to ask the viewers; What Do You Think About Justin Bieber’s Verse, Was The Remix Necessary?