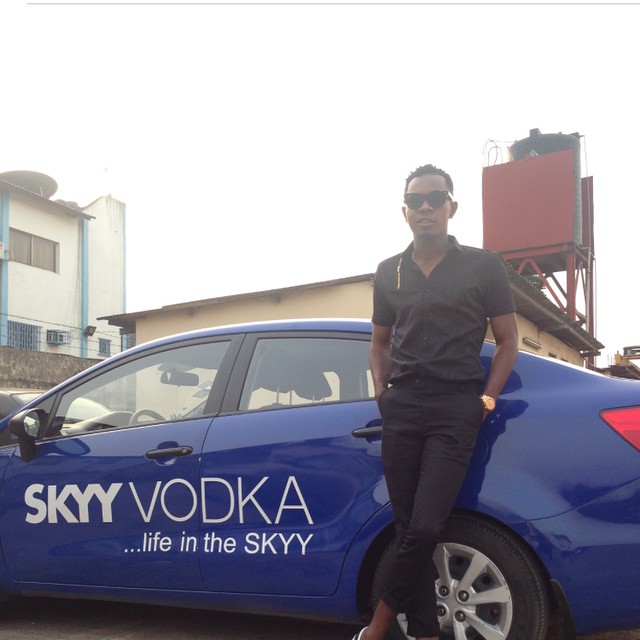 SKYY vodka is a brand of vodka produced by the Campari America division of Campari Group of Milan, Italy, formerly SKYY Spirits LLC. Skyy has been described as the number-one domestic premium vodka in the US and the fifth biggest premium vodka worldwide.

Patoranking let the cat out of the bag via Instagram where he shared a picture of himself standing by a sweet looking blue car which (I guess) came as part of the deal, with the caption: “Signed a new deal…God is the greatest ???? Alubarika. #SkyAmbassador #SkyVodka #GOE2015 #Whayasay!!!“