Which City Would You Pick & Isolate In For The Rest Of This Quarantine Period?

Previous: Sarz Shares How Talking To Fela In His Dream Inspired Him To Create Wizkid’s “Jaiye Jaiye” 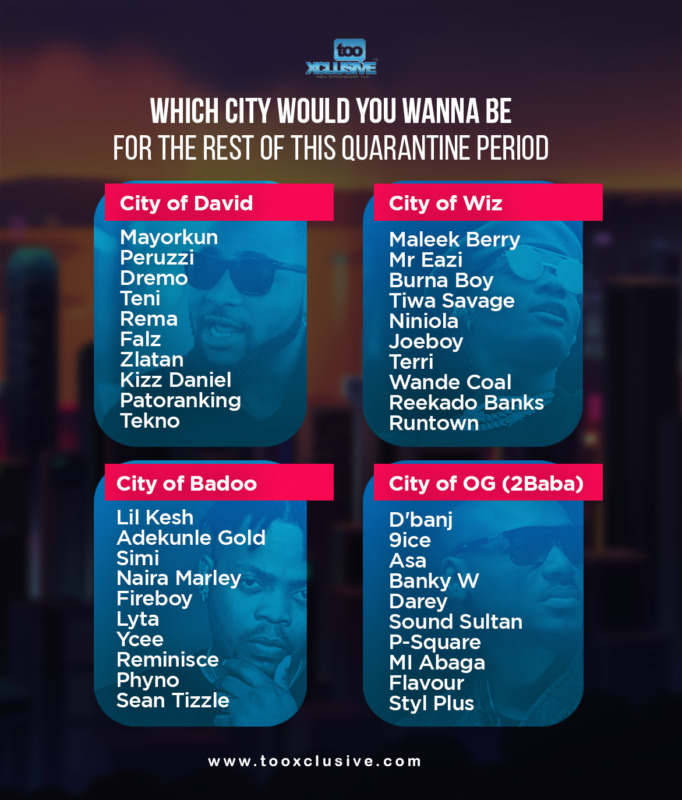 As we all know the President of The Federal Republic of Nigeria, Muhammadu Buhari GCFR as extended the lockdown for another 14days (stated to end 27th of April, 2020). This means the Isolation/Quarantine continues. At tooxclusive we decided to share 4 cities with our dearest viewers and music fans, this for you to pick a city and stay in till the lockdown is over.

From the above stated cities, If You Are To Pick A City to Stay in, Isolate & Enjoy their music for the Rest of The Lockdown…. Which City Would It Be?

“Which City Would You Pick & Isolate In For The Rest Of This Quarantine Period?”, 5 out of 5 based on 4 ratings.