White Man – Ghetto + Brought Up On The Street 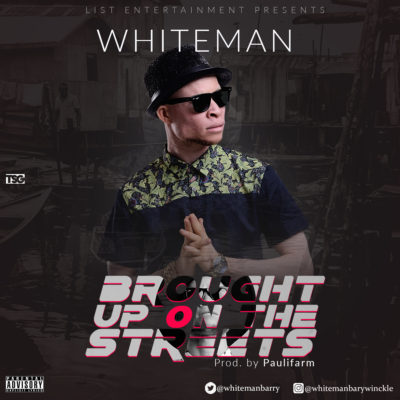 Omotore Adebayo popularly known as “White Man” was born November 29th 1996, hails from Ondo State, Ilaje town to be precised. He is from a Family of seven and the only Albino in his family, which makes him the first Alibino Rap Artiste in Nigeria.
He is a Hip Hop Rap artist, He finished his primary education at Ayetoro primary school Akoko, Secondary education at St Louis Junior grammer school Bariga and Ajayi crowder Memorial senior grammar school.
He started singing from childood but took it to the professional level in 2013 where he won the best rapper at “Sholanke Carnival, Anchored by popular Radio Presenter “Lamu” (Unilag Fm) and also won the best rapper at the “Lagos Countdown at star beer Village” and several others.
In June 2016 he was currently signed to List Entertainment till date.

White Man –  Brought Up On The Street

Tags: Brought Up On The StreetGHETTOWhite Man
Share160Tweet100Share40
Previous Post