Who Are The New Soccer Legends? 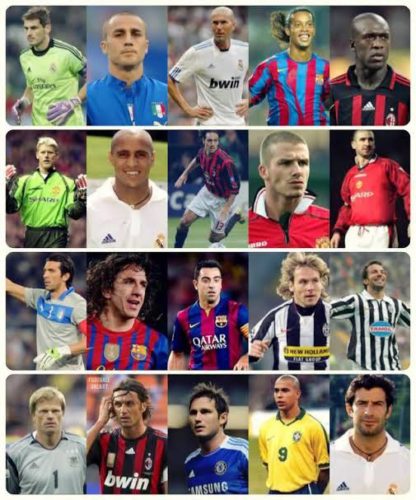 The saddest part about soccer or football as you might call it is when you watch your favorite players-the ones who made you fall in love with the game retire. Honestly speaking soccer might not be the best long term profession if you are looking to retire late. A player has 20 years maximum that is if he doesn’t succumb to injury to leave a mark in the game. It is in these twenty years that they make fans and make the football world bow at their feet.

However, retiring is not for everyone. Some stars refuse to retire even though they are old because of their love for the game. These players continue also playing through it is in leagues which might not be considered that prestigious. Here is a look at some soccer legends who are still active in the football arena.

The Top New Soccer Legends You Need to Know About

If you are looking to bet on www.betway.com.ng, you might just want to know a little bit about
the players you can put your money on.

John Terry was the star of Chelsea for 19 good years until he left the club in 2017. Many fans of the EPL
thought that he had retired, but he did not. Terry decided to continue the love for the game and went
on to join Aston Villa. However, it seems his star is fading after failing to assist Aston Villa to proceed to
the EPL. Currently, he is a free agent.

Xavi is best known for his presence in only one club, and that is Barcelona. If you thought that he retired then let me surprise you. Xavi left Barcelona back in 2015 however he did not stop playing instead he joined Al Sadd. He planned to retire at the end of the season but ended up signing a two-year contract extension. Rumors have it that once he retires he will become a coach, something we hope will take off like his football career.

Samuel Eto’o was a striker to reckon with during his years. At 37 years old you might think that he is ready to hang his boots, but it doesn’t seem it will happen anytime soon. Earlier in 2018, Eto’o joined Konyaspor where he is currently playing. Although his peers have already retired, it is surprising that he is not ready to make the transition. It is said that he will join the A-league in search of a new adventure.

Robin Van Persie is a name which has not been heard off in the international football scene for a while now. However, I think you can remember the good days when he was considered the best striker for his former club Manchester United. Once he moved out in 2015, he was out of the limelight, but the shocking news is that he still plays. Van Persie is currently playing for Feyenoord. At only 35 years old he has some bit o time before he
finally hangs his boots