Who Will Be The Next ‘Two’ To Dominate The Music Industry After Wizkid & Davido? 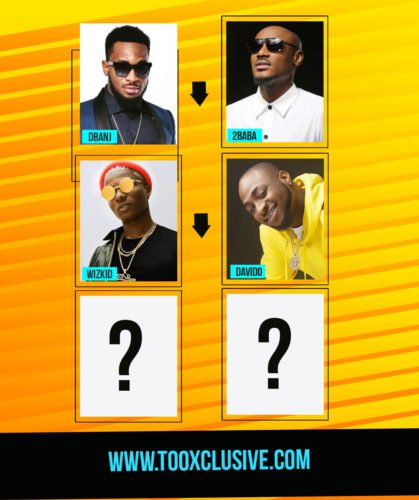 The Nigerian music industry is not a stranger to domination of the music scene for a certain period by one or two of its musicians. The industry has over the years experienced its artistes dominate its scene for a long period of time. Not only does it witness domination by artistes but it specifically comes in a manner whereby there is a “double domination”. Double domination in the sense that two artistes (music rivals) dominate the music Terrain for a long period of time.

This has happened in the past with D’banj & 2Face, now happening with Davido & Wizkid. Hence, our curiosity has led us to try to forsee a likely outcome for a “double domination” in the future but we are certainly not arriving at a settling point. So we have decided to put it out to you guys to help predict the future of Nigerian music.

After 2Face & D’banj we have Wizkid & Davido, moving on from these two pop stars, who do you think will be the next strong duo to dominate Nigerian music from the crop of talented artistes that we currently have?

Submit your comment
58 total comments on this postSubmit yours