Why I Would Reject International Record Labels – Slimcase || WATCH 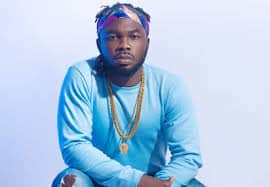 Street hop star, Slimcase made a statement that he would not compromise on his style of music to ease his penetration to the International audience.

The singer, during his interview with Planetradio TV, stated that he won’t take any offer that would have him restyle his music, even if the offer is from an International brand. Slimcase made reference to Fela, stating that the legendary singer never compromised on his music to reach his level of International prominence.

Do you support @iam_slimcase choice of not wanting an international record label deal?? #thesocial #planettv