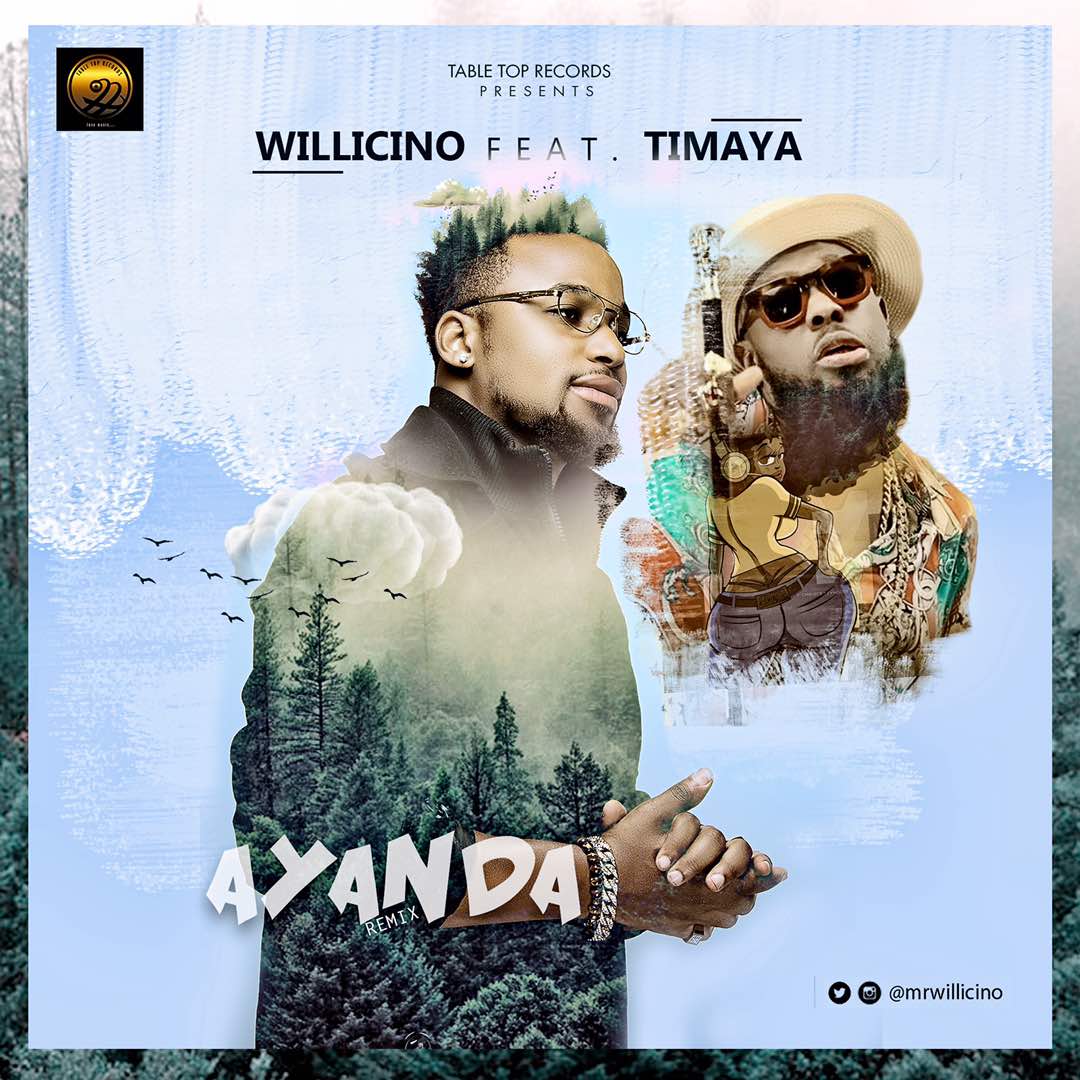 Still basking in the euphoria of his much acclaimed hit-single “Ayanda”, Table Top Records music act Willicino takes it a step further to  make a massive remix for the banger due to the demand from his steaming fans and again he delivered in an epic style.
Retaining the original production by the raved Password and hooking up with the king of dancehall Timaya, Willicino delivers a grand remix that shows that he is surely on his way up and there is no stopping him. He also displayed his vocal dexterity and prowess, proving that his extremely commercial and marketable while staying true to his agenda of serving good music.
The Edo State born afro-pop star just shot the visuals of the remix and it is expected to be premiered soon. Download “Ayanda (Remix)” and follow Willicino on social media via @mrwillicino and you would be glad you did.