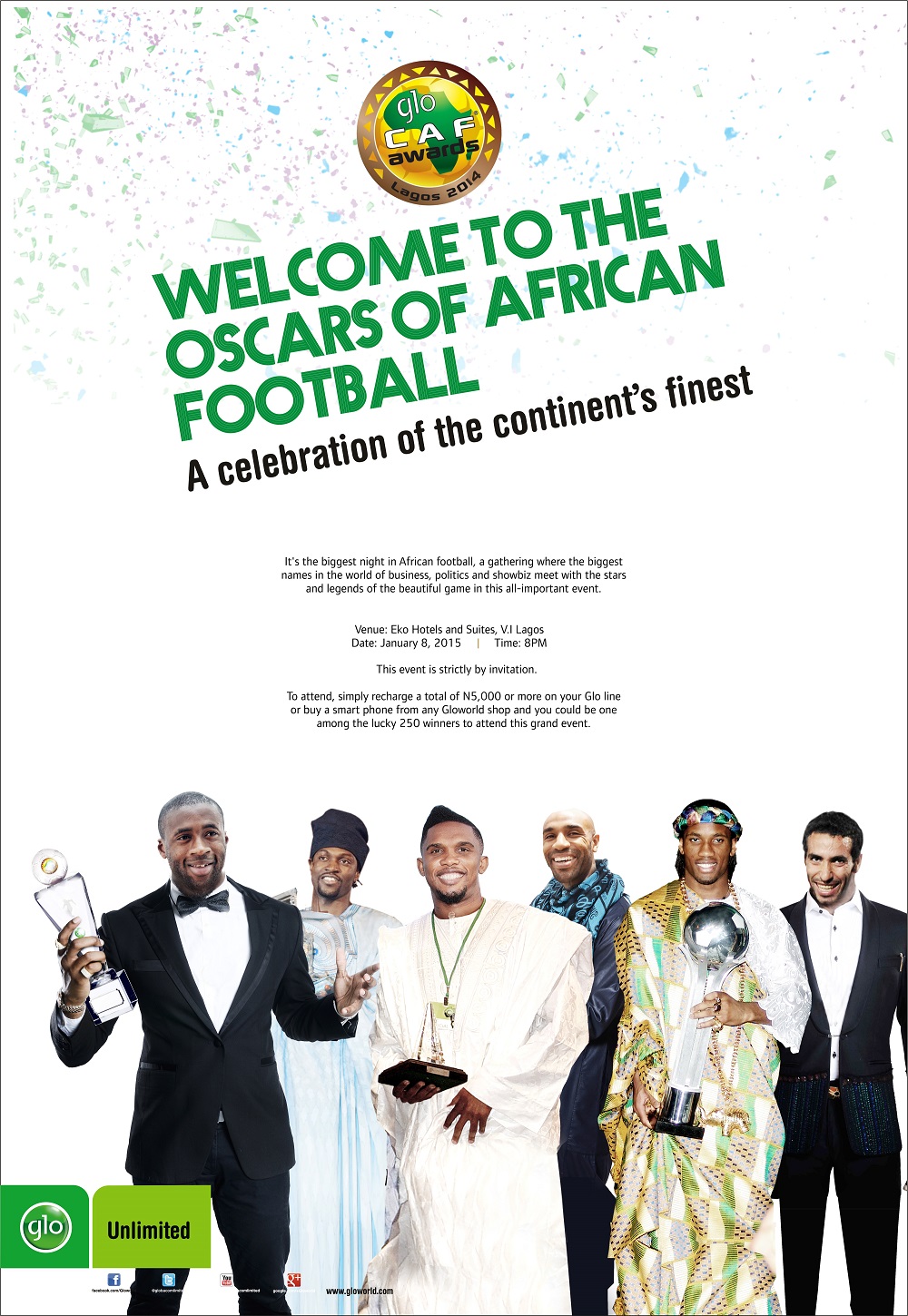 The excitement around Globacom’s season of abundant rewards for customer loyalty takes a huge leap as the Glo CAF Awards draws near. Glo subscribers have a chance to win a brand new Mercedes G-Wagon as grand prize, an? all-expense paid trip for 10 subscribers to the UK to watch a live Manchester United match and N10,000 airtime for 1000 subscribers.

Glo is also offering subscribers an opportunity to attend the glamorous awards on the 8th of January 2015 at Eko Hotel, Lagos, in a “Reserve a seat to attend the Awards’’ promo. Glo users need only recharge 5,000 Naira airtime for a chance to attend the show, or buy a smartphone from any Glo World outlet.

To win the Mercedes Benz G-Wagon star prize, subscribers are to correctly predict winners in 3 categories of the Glo CAF Awards including ‘Footballer of the year’, ‘Female Footballer of the year’ and ‘Coach of the year,’. The consolation prizes include an all-expense paid trip to Old Trafford U.K. for 10 subscribers to watch a  Manchester United match. In addition, over 1000 prizes of 10,000 Naira free airtime each.

To predict and win, customers have to text their nominees to 55055 for N100, and multiple entries will increase a customer’s chance of winning.