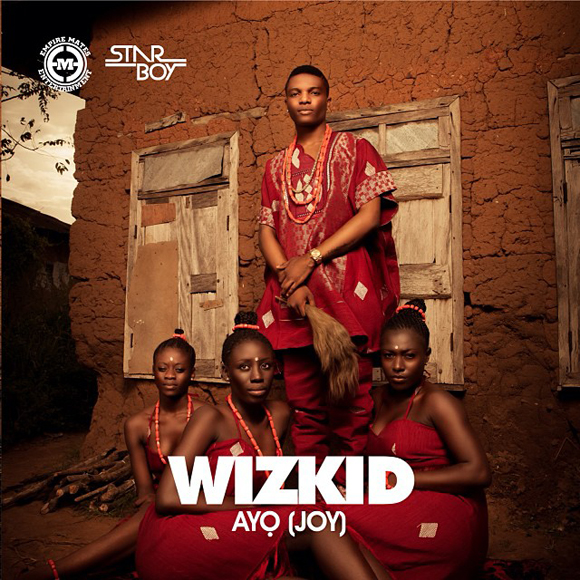 At last! My editorials that have to some way and how, include Wizkid will no longer be accompanied with the caption “we’re really in earnest anticipation of when that second studio album drops”… Lol!

Superstar and Starboy, Wizkid just unveiled the sophomore album’s cover and tracklist on his Instagram page. Titled AYO (Joy), it’s an 18-tracker with a cover that clearly depicts his Yoruba origin as he is decked in their traditional regalia while surrounded by girls dressed in Olori-like attires.

It includes some of his best hits as well as banging features from Femi Kuti, Seyi Shay, Akon, Phyno, Banky W, Wale and a spanking new listen to the remix of his 2014 hit single Show You The Money featuring YMCMB’s Tyga. 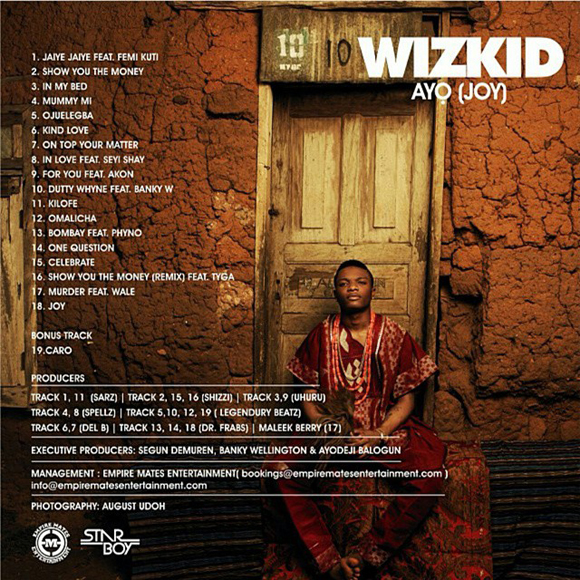