Wizkid Finally Gets His Dream Collaboration With Asa After 7 Years On the 21st of February, Wizkid took to his Twitter account to reveal he finally has a collaboration with Asa.

In 2015, Wizkid via Twitter gushed about his love for Asa and of course, her music. According to Wizkid, Asa is the only artist he is dying to work with.

After the revelation, Wizkid began pursuing that dream and 7 years later, Asa had mercy on him and decided to feature him in her forthcoming album, titled V.

From the official tracklist on Asa’s Story, Wizkid found himself on the 3rd track off the album. Asa’s 5th Studio album will be available across all streaming platforms on the 25th of February, 2022. 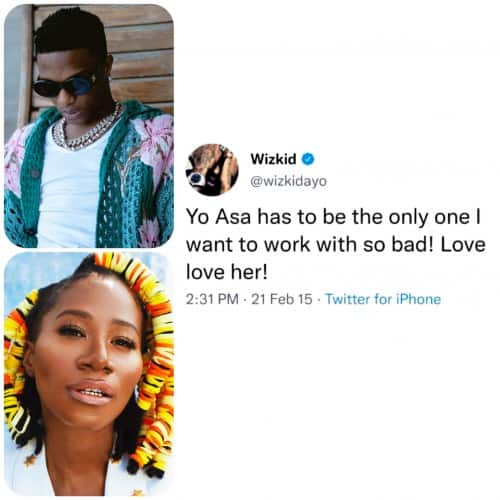 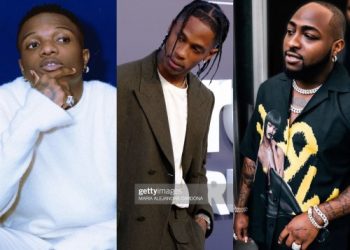