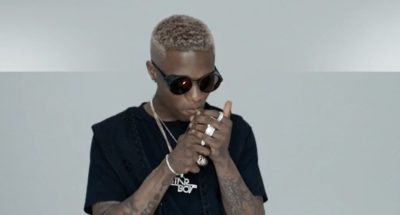 For months on end, the Starboy Worldwide CEO, denied having a  second son with Guinean-American model, Binta Diamond, but seems to have thought things over and decided on affirming he does have a second son.

A twitter user had tweeted at the singer saying he had good taste in women and wishing his baby mamas a happy mother’s day, a tweet, Wizkid replied to revealing he does have a son.

you have good taste. happy Mother’s Day to them. ??? @wizkidayo pic.twitter.com/APVyCgVdni

Recall,even as Wizkid ceaselessly denied having a second son, American blog TheShadeRoom, confirmed speaking with Binta, who affirmed Wizkid is the father of her son,.

According to a post on their site dated January 22, the child was Named Ayodeji Ibrahim Balogun Jr.

“Yesterday, we spoke to Binta Diamond Diallo, who is the mother of Wizkid’s new child who was born last Friday. She named her son, Ayodeji Ibrahim Balogun, Jr. after the rapper in part so that he doesn’t try it with her like he did with the mother of his first child! Don’t know what I’m talking about? Get into this tea!