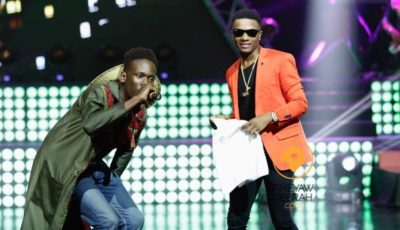 Singer, Mr Eazi has cleared the air on his association with Wizkid’s Starboy Worldwide label.

Recall that Wizkid announced at the 2016 Ghana Music Awards that he signed Eazi, Efya and singing duo R2bees to his Starboy Worldwide Record Label.

According to Mr Eazi, he is not officially signed to Wizkid label as a music act but more like as an associate or ‘business partner’.

Eazi made this known yesterday during an interview with Star Fm Ghana.

The SKIN TIGHT crooner insists that although he is not signed to Starboy, he is in business with the label.