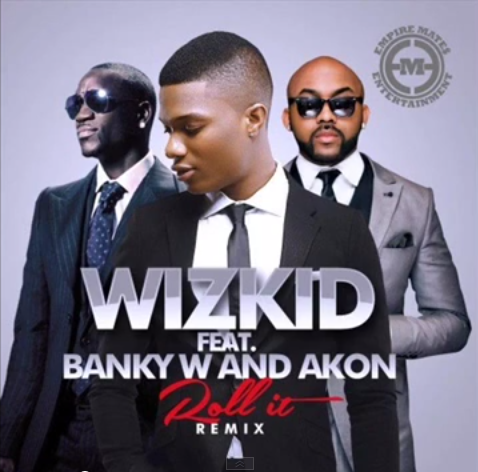 Roll it as the long awaited Akon assisted remix of “Roll It” by Wizkid featuring Banky W has finally dropped.

The song takes the same pattern as the original which was housed on the E.M.E collaboration album “Empire Mates State Of Mind” but with an awesome befitting vocal contribution from international music star Akon. The full song arrives months after the snippet was released in November of 2013.

Still, as the age old adage goes, better late than never. Listen and drop your comments!