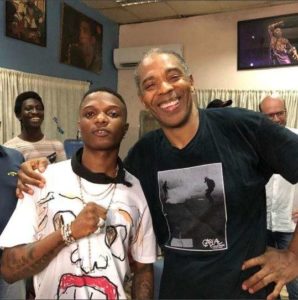 The selected Nigerian artistes have been named among the performing acts at the Global Citizen Festival: Mandela 100 which is scheduled to hold in December at the FNB Stadium, Johannesburg, South Africa. D’Banj is another Nigerian artiste billed to perform at the event.

The festival is the culmination of Global Citizen’s “Mandela 100” campaign in partnership with the House of Mandela; a series of global events honoring the life and legacy of Apartheid struggle hero and former president of South Africa, Nelson Mandela in his centenary year. The list of performing acts at the event also includes International artistes like Pharell Williams, Ed Sheeran, Chris Martin (of Coldplay), Usher, Cassper Nyovest and more.

Entry into the venue of the event is free, according to reports on OkayAfrica. It was also reported that interested parties can begin to earn their free tickets starting on August 21st on the Global Citizen website.

Other details of the event is that Oprah Winfrey will deliver a special keynote address remembering Nelson Mandela and his legacy. The event would be hosted by a league of notable world figures like Naomi Campbell, Sir Bob Geldof, Gayle King, Tyler Perry and Forest Whitaker.