Wizkid, Olamide, Tiwa Savage – Slimcase Has Helped Your Careers This Year. My Thoughts. 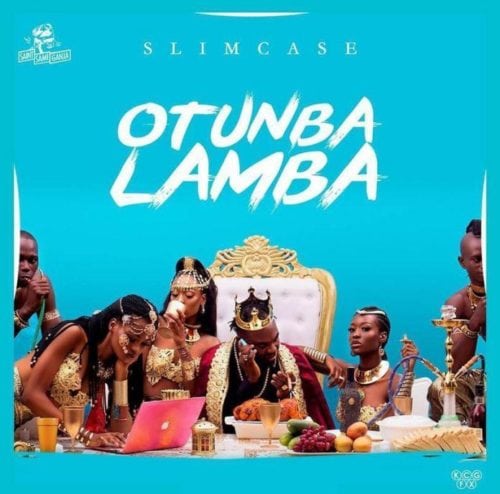 Slimcase has worked hard and diligently to become a force on the music scene. With no popularly known or independently released music single(s) to his name, he rode on the tide of musical collaborations to attain an aptly fitting title of the new voice of the streets. With the release of his debut music single for the year 2018 titled “Otunba Lamba” he would be to hoping to tarry longer the ‘Shaku Shaku’ trend which he co-originated, especially now that the potency of the music charm seems to be waning.

@jimancipation – Part of the success of the Shaku Shaku trend can largely be attributed to Slimcase. Not just him alone though but we can unanimously agree that he played a very influential role in commercializing and also getting people to accept the sound. In the process, he had succeeded at strategically penetrating the music street populace and the thing that continues to bust our heads about what Slimcase did was the fact that he had no music single to his name (atleast at the time). He rode on the tide of music features using his unusual style and application of the Shaku Shaku sound which later put him in the good graces of music icons Wizkid and D’Banj. So for the while it lasted, Slimcase was on a roll and enjoying his title of new ‘voice of the streets’.

With every artiste hoping on the band wagon of what was in vogue, Slimcase was the star factor needed to catch the audience attention and otherwise make the song hit. Being that he had finally found his industry big break, it was only logical that he would continue to cash out on the influence of these music features. Still, we wanted the genius of only the lamba master on a full-length track, which however seemed far-fetched at that time, so we made do with what he could give while earnestly anticipating his raved link-up with Starboy. But as it is now, it appears that the original trend setters seem to be done with this Shaku Shaku thing.

Wizkid and Olamide particularly were the biggest benefactors of this vibe. They milked the life out of it – for the while it was the intoxicating sh!t –  but are now back to making the kind of music they became popular and madly celebrated for. Of course the Shaku Shaku trend wasn’t going to tarry any longer; when the originators put in the initial work and then went a chilling? The only thing left now is the fact that you can do the ‘Shaku Shaku’ (dance) to any song as is the case with Mayorkun’s Bobo and MC Galaxy’s Fine Girl. They however do not have the musical vibe, which is the debate here. Slimcase and his co-horts should have done better to sustain the trend, which is why I think having to drop ‘Otunba Lamba’ at this point is a late call of action. I think it is a desperate attempt to keep alive and plausibly salvage whatever’s left of an eluding trend. Especially now when songs like Fake Love, Assurance, Kana and Jogodo are topping the charts, buttresses my point on how much we have gravitated away from the Shaku Shaku vibe.

The other part is that ‘Otunba Lamba’ shows Slimcase at his usual best. Yes it is his best of course, but it has now become his usual. And that’s not so much a good thing giving the situation of events right now. We can’t settle for usual anymore because we’re already moving on from it, which alludes to the fact that the Shaku Shaku trend is going, and it is going fast (let the world cup just end first and you’ll finally see what I’m talking about). So regardless of how this new jam bangs hard, we just cannot stay oblivious to the fact that this Shaku Shaku seloquesence is gradually being relegated to that place where it becomes another point of curation in the historic timeline of Nigerian music activities, unless Slimcase and his co-horts have more (than just Shaku Shaku) to give.

“Wizkid, Olamide, Tiwa Savage – Slimcase Has Helped Your Careers This Year. My Thoughts.”, 5 out of 5 based on 1 ratings.

I have magic in my hands and I'm excited to be sharin' it with the world.
Website
Submit your comment
5 total comments on this postSubmit yours
Popular Posts