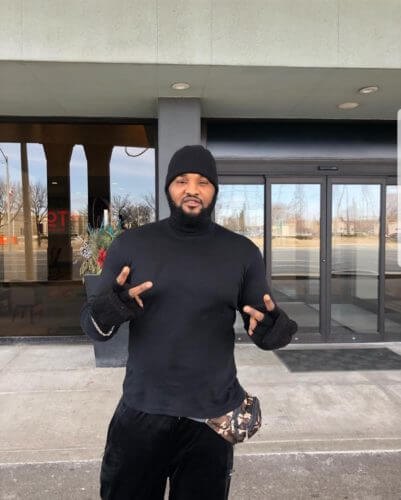 Wizkid’s body guard, Emmanuel Obinna populary known as Roy, has become a house owner as he acquires a house in Lagos.

The strongly, physically built man has been with Wizkid for over five years now going about serving as the protector and guardian of the superstar singer when at shows both locally and internationally and we guess that must have now paid off handsomely.

Roy is also known to be married with two kids and prior to this joyous news, the time he was a major topic on the internet was when he was attacked and left seriously injured on the face at a night club in Lekki in December 2018 for allegedly trying to persuade the management of the club to be patient with his boss, Wizkid who was owing huge debts in money after patronizing the club with the promise to pay back at a later date.

That loyalty must have paid off now, after a new level is unlocked, becoming a house owner.

Glory be to God? ??? #landlord #sweethome

“Wizkid’s Body Guard Acquires A Brand New House In Lekki, Lagos”, 4 out of 5 based on 11 ratings.