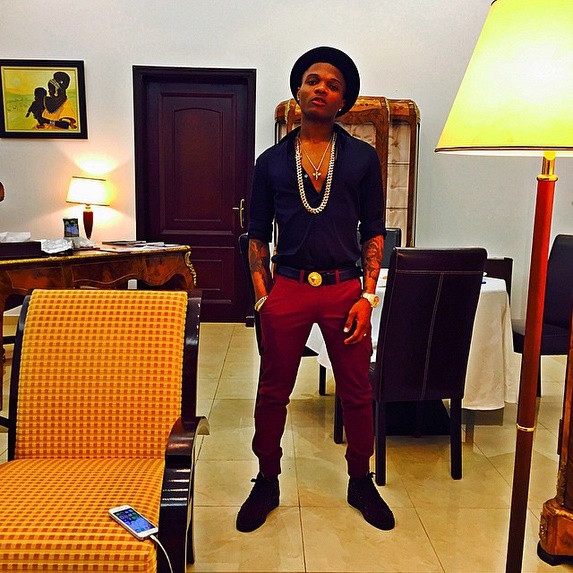 Super Starboy and lungu lordship, Ayodeji Ibrahim Balogun aka Wizkid, who was recently signed on to telecommunications giant, Glo as one of it’s new ambassadors is once again making the news. Although the information is two weeks late (we sincerely apologize for with-holding such juicy info) but we’re still the first to bring it to you 😉

Since the official announcement of his international album which already has a well-anticipated feature with hip-hop act, Chris Brown, the Starboy who has been on a series of tours in build up to the album release has confirmed that the album will equally feature Grammy award-winning artist, Angélique Kidjo who hails from The Republic of Benin as well as All About She; a musical trio from England signed to Tinie Tempah’s Disturbing London label (click HERE to view story).

In an unexpected twist, he also announced that his street hit ‘Ojuelegba‘ off his sophomore album, AYO (Joy) will be gettin’ the remix treatment with a feature from… guess who!!! We’ll find out when the album eventually drops but it’s obviously gonna be another heavy collaboration. So let’s stay anticipating just like we’d done before. 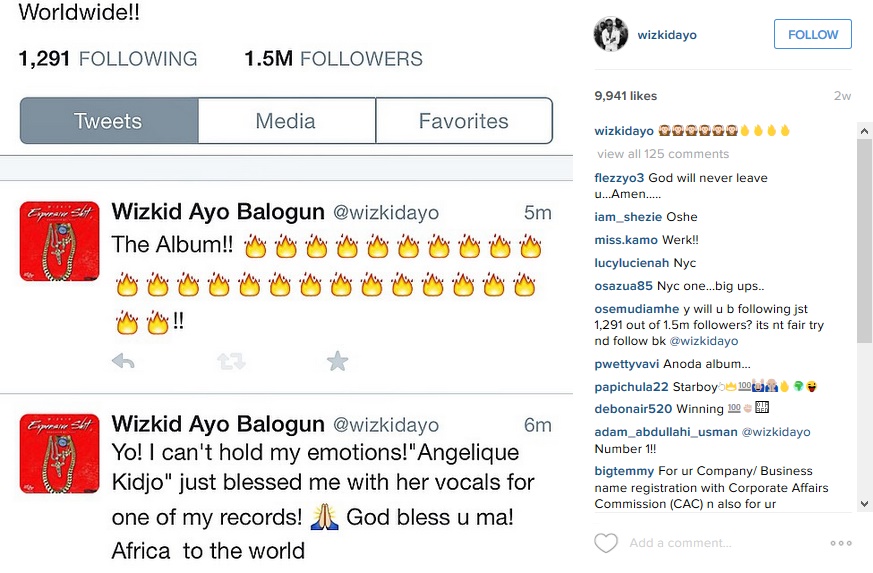 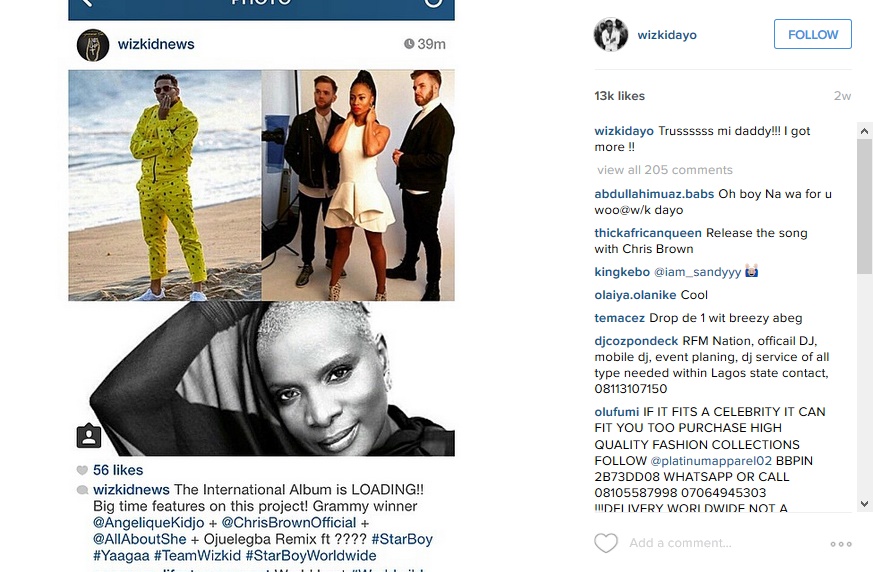 “Wizkid’s International Album Will Feature Angélique Kidjo, Chris Brown + ‘Ojuelegba Remix’ With…”, 5 out of 5 based on 1 ratings.

I have magic in my hands and I'm excited to be sharin' it with the world.
Website
Submit your comment
2 total comments on this postSubmit yours